Why is Flight Simulation a Wonderful Hobby

Flight simulation is a very elongate hobby with a broad community. With the release of the Microsoft Flight Simulator, the community got even larger. I am enjoying this hobby for around six years, which is not as much compared to other people, simulating flights since the 90s. Despite that, there is no other simulator genre, that I am so enthusiastic about. In this article, I would like to tell you why it is like that.

How I got into the hobby

In my relatively short life, I have always been a curious person and loved technology. Throughout my childhood, I’ve been interested in trains, boats, and even construction mechanisms. However, when I got into aviation in April of 2016, it seriously influenced my life.

Since then, I have flown over approximately 3,000 combined hours on a variety of simulators and add-ons. Flight simulation has taught me stuff, and it is still teaching me a lot. My beginning with flight simulation was quite spontaneous.

For some reason, on the 17th of April 2016 (yes, I still remember that somehow despite being 12 years old at the time) I just decided to buy Microsoft Flight Simulator X: Steam Edition and try it out. I thought that I would give it 40 hours and then would get bored of it, as with almost any other simulation genre. But here I am still flying virtual planes six years and thousands of hours later with flight sims being my most-played genre of video games.

As the time passed, I started getting into various flight simulation communities, either Czechoslovak ones, or even international groups all around the internet. I started my small YouTube channel, and I posted videos once in a while, through there, I got my very first flight simulation friend (shoutout to Jacob).

Thereafter, I got even friends in the international scene that I started speaking with often. Then, in August of 2019, a significant flight simulation opportunity changed a ton of stuff, that was the time I joined FSNews. Don’t get me wrong, it was a very good decision and I love it.

Overall, I am pretty sure that as long as I have enough free time, I will be expanding this hobby further.

Baja California and the city of San Jose del Cabo

The main aspect that still holds me with flight simulation to this day is the feeling of exploration.

Humankind was always curious, and the invention of computers and their availability to the public made a lot of things easier. With flight simulation, you can explore the entire world from the comfort of your home. The effect namely Microsoft Flight Simulator provides is rather insane, and seeing the world below your virtual aeroplane is magical.

In my case, this transferred to schoolwork as well. My knowledge of geography expanded and I was able to go through it easily for the years I studied it. Even though you see the world from 30 000 feet above, you still see the world, and how it changes.

This way, just by looking at the ground from virtual skies, you will be able to determine various places on the map, and it might even help you with orienting without Google Maps, at least, to a certain extent.

The sun is setting over the Pacific Ocean

If you want to simulate a flight properly, you need to know a lot of things about aviation. To learn this stuff, it took me approximately two whole years until I could fly a flight on an online network properly.

You need to learn how to read METAR, TAF, work with FMC, ICAO codes of airports, basic meteorology, etc.

However, your knowledge doesn’t have to apply only in the virtual world. Flight simulation helped me to overcome the fear of flying I had, as I have never experienced it as a child. When I had a chance to fly in a real aeroplane two years after I started simming, I exactly knew what to expect and that I didn’t have to fear anything.

You will also learn how to divide different aircraft types, manufacturers, airlines and thus making managing your future flights much easier. And do not let me start on navigating at any given airport, namely in Europe, for me personally. You will learn those easy. You will have to know the airports for realistic flying on your chosen continent.

1:1 aircraft system simulation gives you a wonderful idea of how it works in reality

Hard to learn, easy to master

While the aircraft systems may at first look confusing to you, once you get into it, learning a new aircraft type will take you one conditioning flight and you will be ready to go. The learning curve, of course, may vary on your time, willingness and most importantly, the technique. I personally started big, so I had to learn a ton of stuff at one time.

I started with airliners almost immediately. Not study-level ones, though, as I didn’t know anything like that existed. But it is not only about flying. You need to know what you are doing, and if something goes wrong in your simulator, you need to investigate it and fix it (Google is going to be a day-to-day friend of yours). When I learned about PMDG 737, I got it in June of 2016, and then my serious journey of flight simulation started. It took me two years of studying until I was confident enough with the plane and taking it for a flight on an online network. Learning the systems took me a few months, including a ton of YouTube tutorials on how to do stuff with the plane, how to plan a flight, etc.

Sidenote: If you’re having issues flying VATSIM or lack self-confidence, we have written a comprehensive guide on how to prepare your sim, fly on the network, and handle various unexpected situations. You can read VATSIM Guide by clicking here.

Even though all of that took two years for me, any significant aircraft change was a piece of cake. For example, when I changed the Boeing 737 for an Airbus A320, it only took me two days of watching YouTube videos and flying one or two flights, then, I was confident enough with the systems. The same applies to your simulator. Once you learn one, the other won’t be as difficult to handle. It really isn’t a game, but rather a platform, and you have to know what you are doing to avoid messing things up.

While all of this might seem scary, trust me, it is worth the effort.

Why you shouldn’t be afraid of talking about your hobby

Many flight simmers believe that talking about flight simulation as a hobby might exclude them from the other communities they got into. Whether they are friends from school or new people you just met in the bar.

Even though this is true in some cases, I personally haven’t had issues with talking about it. To my surprise, people were actually interested in it. There is nothing to be afraid of. Everyone has a hobby if it’s flight simulation or shopping for expensive clothes. It is the same thing – being interested in something.

If you’re unsure about how the person will react, do not talk about it immediately. That is the biggest issue many people I’ve talked to did. First, you need to know what kind of person you are dealing with. I usually wait for around a month with this information and not every time I am comfortable sharing it. In conclusion, it comes down to the people you are spending time with.

And most importantly – a good friend of mine recently said “Flight Simulation has always connected people.” This brought me an idea to further extend this article.

For those many years, I am actively engaged in this hobby, and I found many friends, that I meet, either through social media and online or even in real life. With flight simulation, you connect with people and create friendships, that might even last eternity.

There is no other simulation genre that can offer you as much variety as flight simulation. You can fly whatever you want, wherever you want. Feel like flying a big aeroplane across the Northern Atlantic? Sure, go for it! Or do you want to fly MACH 2 into the side of the mountain with your fighter jet? You can do that as well. You have many viable options, from helicopters, gliders, and general aviation to big airliners.

With aviation being available to the public like no other form of transportation (using Flightradar24 or a Flight Plan Database), you can just decide to recreate a real-life route in real-time, alongside the real aeroplane flying.

Lastly, you can choose from three different simulators, and find which one suits you the best. Do you want to explore, have good visuals and some good study-level planes alongside? Choose Microsoft Flight Simulator. Are you rather up for the challenge of having an unforgiving physics engine and enjoy general aviation more? Go for X-Plane. And last, if you want in-depth systems for most of the airliners currently in the skies, go for Prepar3D. You have to be aware, that with your choice, there might be a sacrifice on one side of the simulator or another. This depends all on your preferences, however.

Why do we fly virtual aeroplanes anyway?

For many, this hobby is just not for everybody. Sometimes, it gets rather repetitive if you don’t switch between various continents, aircraft, or even airlines. Many of us can’t fly a real plane for various reasons. Because of that, many find that satisfaction in virtual aeroplanes. People like me enjoy it for the intense feeling of discovery, as I mentioned earlier in the article.

How do you feel about flight simulation? For how long are you actively enjoying this hobby, and how has it helped you the most? Let us know in the comment section below, we are thrilled to see your stories. 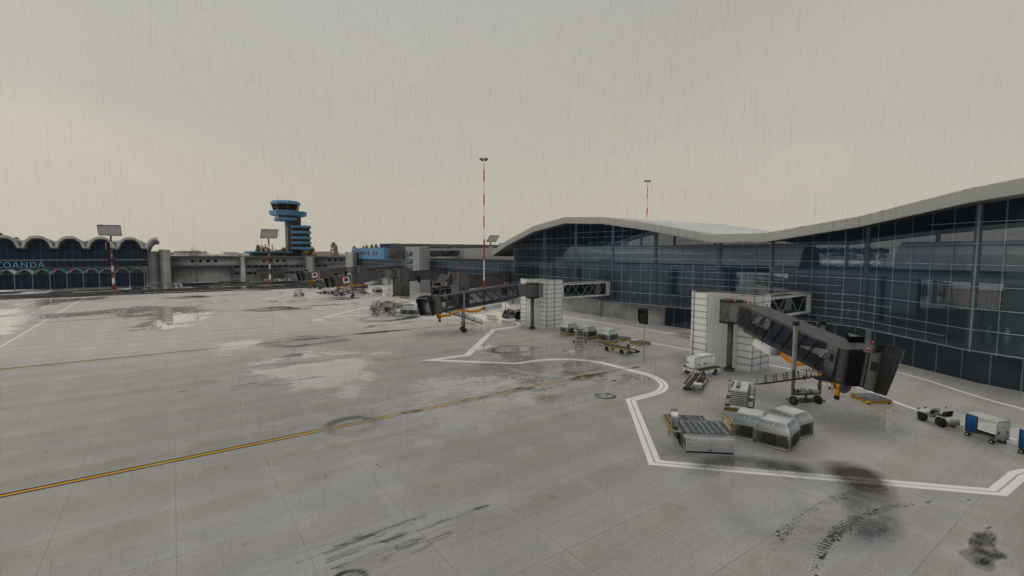 Recently, Filip Chudoba from Chudoba Design shared some new information through his Discord server. In his post, he mentions the release of his Bucharest Airport (LROP) scenery for X-Plane. He also shared information about his upcoming scenery of Gothenburg and other, smaller, projects. Bucharest Airport for X-Plane Bucharest Henri Coanda Airport is the largest and busiest international airport in Romania. It is the main hub for Romanian carrier Tarom, as […]