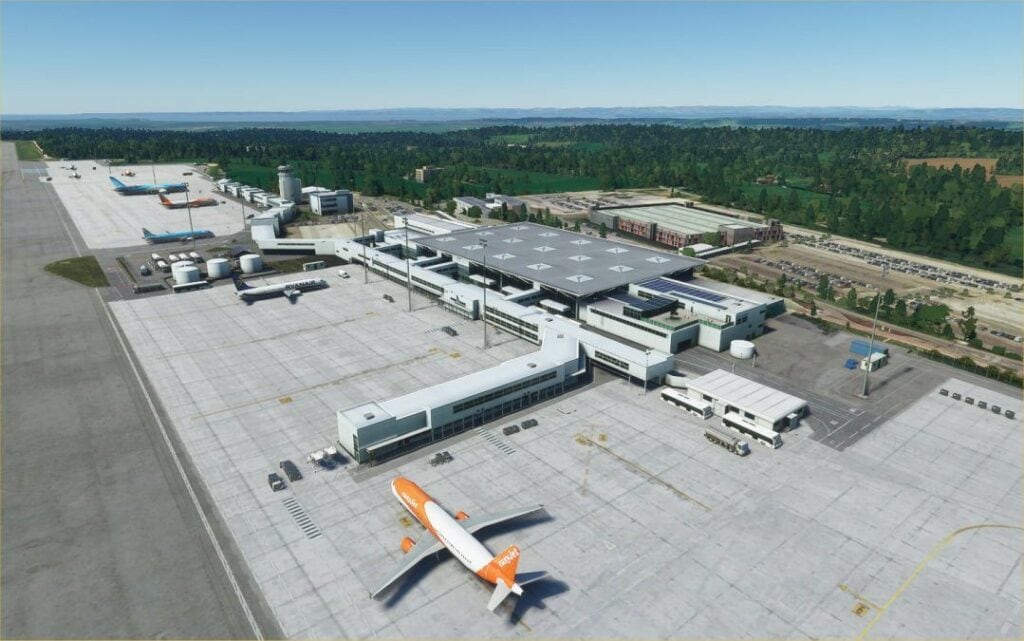 Sad news has struck the internet for the UK2000 fanbase. Gary, the leading developer of UK2000 has announced through the UK2000 Facebook page, that he is going to stop hosting sceneries in a year’s time.

However, this will only affect the purchases done through the UK2000 website. Therefore, you will have to store all your keys and installers of sceneries you own before the hosting servers are shut down. Gary has mentioned that in the future, he wants to rely entirely on store platforms such as Simmarket or Marketplace.

Despite that, you still will be able to purchase sceneries through his website. However, you will have only two weeks after purchase to download and store them. After the two-week period, your download link will get removed.

UK2000 will continue to update his sceneries, as he will still make a living out of publishing sceneries. This is not the end of UK2000, as there are still plans for some sceneries to release in 2023.

Gary mentioned in the Facebook post that he is doing a smart thing with this decision. He decided to do stuff like this namely because of his worsening health status and he won’t be as capable of maintaining the servers. Especially as he runs a small business, where the employer is also the employee.

If you would like to learn more about UK2000, you can read our interview with Gary about his entry to the US market. Leonardo Software has announced an upcoming update for Fly the Maddog X for Microsoft Flight Simulator. Stefano from the team has announced in the official forum that the update will be released on December 23, just before Christmas. The team continues to work on bringing the MSFS version closer to the P3D version. This time they have introduced the alternative Canadian Marconi FMC, which you can select after the update. […]