Tailstrike Designs took to their Facebook page to announce the release of their Prague Airport (LKPR) rendition for Microsoft Flight Simulator.

For example, notable airport buildings include the Czech Airlines and ABS hangars or even the Europort complex.

Moreover, the scenery includes an interior model of the terminals and tower.

Alternatively, watch all the features in action through this trailer video!

The scenery is for sale at the Aerosoft store for €25.16. If you are interested, read Patrik’s review of Orbx Prague, an alternative rendition of the same airport.

Prague Airport (LKPR) is the main international airport in the Czech Republic. It dates back to 1933 when the construction began on the outskirts of the city. It has been opened four years later, in 1937, replacing Prague-Kbely Airport (LKKB), nowadays used by the military.

Nowadays, it is the busiest and largest airport in the country seeing over 17 million passengers annually, before the C19 outbreak. It offers two active runways and four terminals, one of which is Terminal 4, with the original terminal dating to 1937. 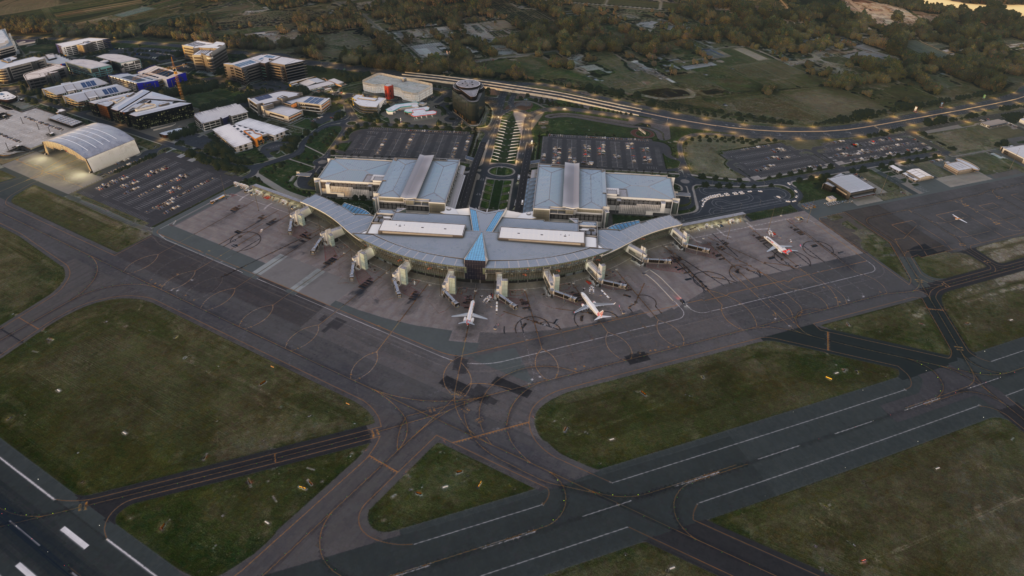 Earlier this year, the team at Impulse Simulations announced the development of Canberra Airport (YSCB) for Microsoft Flight Simulator. In collaboration with the developer, we are bringing you exclusive and unseen previews of the scenery and an insight into the development process. The scenery has now moved from alpha and beta testing and has entered the release candidate stage. Throughout testing, the developers have corrected several issues, such as ILS […]