The P-40F version recreated by iniBuilds features the iconic Rolls-Royce Merlin engine. The developer vows that their rendition delivers true-to-life performance figures of the engine. iniBuilds included removable cowlings in their model, allowing you to see the detailed recreation of the engine.

Additionally, the developer explains that their P-40 rendition features an accurate fuel system that uses the new mechanics offered by the simulator platform. Moreover, the P40F also takes advantage of the latest CFD implementation from the simulator, enhancing the flight models of the aircraft.

The P-40F features a comprehensive EFB tablet, allowing pilots to monitor weather information, moving maps, and maintenance information. The EFB can be toggled off if you want to feel a more immersive experience.

Watch the trailer to see the P-40F in action!

Finally, the Curtiss P-40F WarHawk is for sale at the iniBuilds store for €17.41.

The P-40F was an American fighter and ground attack aircraft built by Curtiss during the Second World War. Equipped with a single engine, the aircraft was extensively used by the Allied forces from 1941 to 1944. The P-40F is the third most-produced American fighter of World War II, after the iconic P-51s and P-47s.

Utilizing the latest in CFD implementation from Microsoft in aspects of flight including the primary flight surfaces, control surfaces and the propeller

Fully functional EFB – including maintenance page, moving map, radios and weather information. This is an optional feature, for those wishing to have a more authentic experience (EFB can be toggled off)

Removable cowlings exposing our detailed Rolls Royce Merlin Model, in addition to removable gun bay covers or baggage compartments depending on the variant you wish to fly

Fully functional lighting both inside and out, including UV glow in the dark gauges and needles, allowing you to fly in all types of weather

Seven 4K liveries using the latest industry techniques, whilst maintaining an authentic style of the aircraft

At the time of writing, the developer released a minor update for the P-40F. Although this update does not bring any significant additions, it does include many fixes and improvements. Notable changes include texture improvements and sound tweaks. The update is available on the iniManager platform.

Radio ON at cold & dark 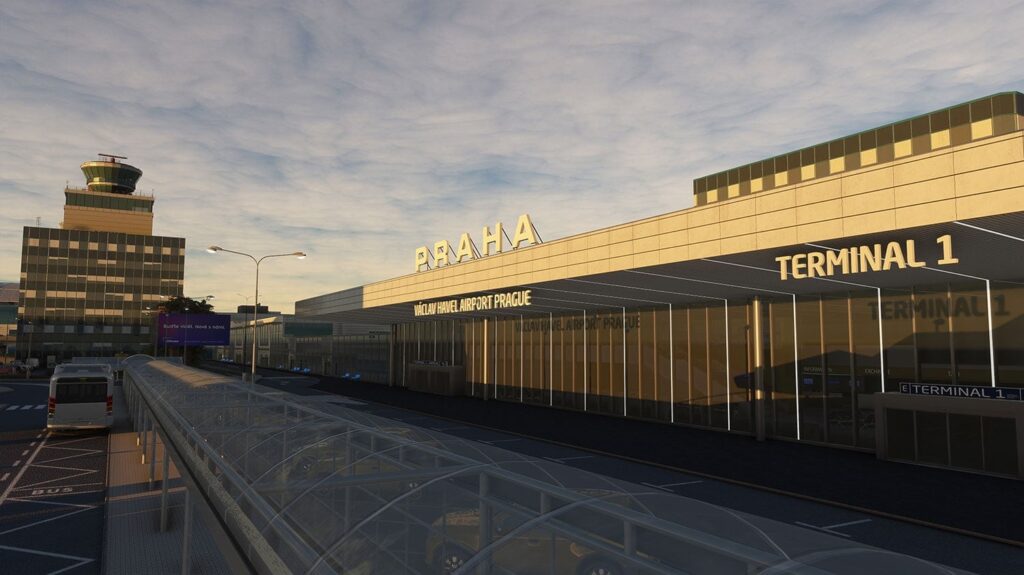 Tailstrike Designs took to their Facebook page to announce the release of their Prague Airport (LKPR) rendition for Microsoft Flight Simulator. This rendition includes an accurate replication of the airport buildings, true-to-life ground markings, and custom terrain profiles. For example, notable airport buildings include the Czech Airlines and ABS hangars or even the Europort complex. Furthermore, the scenery features custom night lighting. Moreover, the scenery includes an interior model of […]