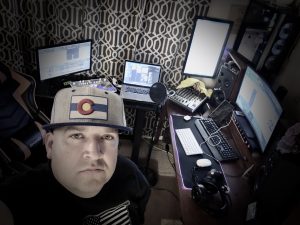 OG Flow was about twelve years old when his sister (“Lil D”) introduced him to Carlos-Alberto,
who went to Lil D’s high school at that time. Carlos-Alberto was in a CHH group called,
“God’s New Creation” (Later known as “Kandle”). The flow began searching for God and
changing his life.

Flow met up with his older brother (“Age”) and told him how he gave his life to God. Age
was a gang leader in a large gang from the Denver, Colorado Metro Area. The flow was
influenced by a rival gang of Ages. Age, who was recently arrested and booked on several
felony charges, had recently surrendered his life to God as well. The two brothers wanted to
form a Ministry where they could spread the Gospel and help gang members and inner-city
people come to know God. The two formed the CHH rap group named, Preachas In Tha
Hood.

Preachas in tha Hood took their talents to prisons where they performed, gave testimonies,
and shared their lives with inmates through Prison Fellowship. They toured all over the
nation in churches, arenas, and anywhere else with a stage. They were spreading the
gospel of Jesus Christ to whoever would listen. Once conflicting brothers, the two pledged
to introduce listeners to the only one who can change hearts–Jesus.

Preachas in tha Hood was eventually picked up by the “Worlds Largest Gospel Hip-Hop
The label”, Grapetree Records. Their first album, “Gangstaz Pain” was released on Grapetree
Music Group’s label Phat Boy Recordings in 1997. The fourth and last album, “Gangsta
Hits” was released in 2001. Their second album called, “Tearz of a Gangsta” was nominated
for a Dove Award under the Gospel Music Association for Best Gospel/Rap/Hip-Hop Album
of the Year.