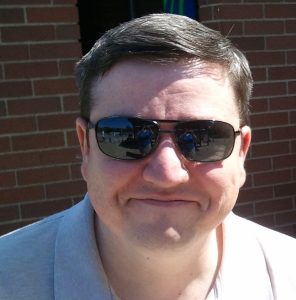 “Mongo only pawn in game of life”.

Mongo plays a combination of Rock Music, Country, Jazz, and a little bit of everything from the ’70s, ’80s, ’90s, and today. He has been a fan of everything music all his life. He loves to listen to and play it! And he hopes that everyone enjoys it. If there is a song you want to hear, he will do his best to find it.

He has always had a passion for everything computers. It finally came to Mongo one day, that he wanted to be a DJ, and the crew at Sky Blue Radio has finally given him a chance.

I have always been a fan of anything in & of Flight Simulations. My background has just about included every MS Flight Sim since MSFS 1 back in 1986 in wireframe models. My excitement in flight kicked off in 1992 when I enlisted in the United States Air Force. Combat sims have also been a major interest of mine. In my military days, I accumulated at least 40 hours in different military simulators along with over 10 hours of Real-world military aircraft like F-15E, F-16D, and B-1B.