Leonardo Software has announced an upcoming update for Fly the Maddog X for Microsoft Flight Simulator. Stefano from the team has announced in the official forum that the update will be released on December 23, just before Christmas.

The team continues to work on bringing the MSFS version closer to the P3D version. This time they have introduced the alternative Canadian Marconi FMC, which you can select after the update. It features PMS navigation as a replacement for the previous classic Honeywell FMS.

We also see changes to the underside of the centre console. Leonardo Software said that many other issues will be fixed, such as CPDLC, DME arc procedures, as well as some visual bugs. We will definitely not be disappointed.

Leonardo Software House has confirmed that the update will be free and hopes to add even more value to the plane. If you like, you can see the entire changelog on the forum here.

While you are waiting, check out the plane if you do not already have it. It is available on simMarket at a price of €75.00. 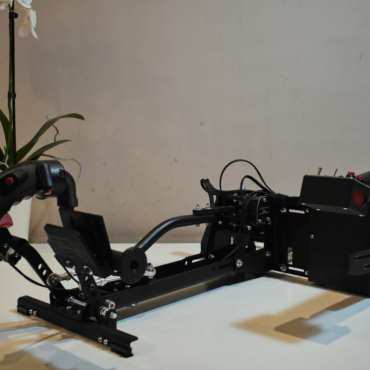 In this review, I’ll take a look at Pro Flight Trainer’s PUMA X helicopter controls, which provides simmers with an all-in-one setup for a price of about €1500. With the release of Microsoft Flight Simulator’s 40th Anniversary Edition update, which includes official helicopter support and, of course, X-Plane 12’s realistic flight dynamics that support helicopters by default, helicopters are becoming more and more commonplace. With that comes a whole new […]