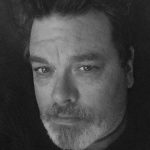 JT welcomes Robert Randazzo from PMDG to his show, Friday Night, 11/19/21 at Midnight Zulu (5pm Mountain time in the USA) at www.skyblueradio.com !

They will discuss where PMDG was born, where they are now and plans for the future to include aircraft and perhaps some other COOL stuff…   Tune in via the website at skyblueradio.com or download the free Sky Blue Radio apps on the Google Play and Apple markets or even listen live via Audacity!!

PMDG’s simulation products are being used by individuals, companies, pilots and professional flight crews in nearly every country around the world. A leader in the development of advanced simulation technologies, PMDG’s simulation software has become well known for attention to detail, innovation and thoroughness.

PMDG works with some of the biggest names in aerospace and partners with some of the world’s largest airlines in order to produce highly detailed airliner simulations that are capable of reproducing the complex world of the modern flight deck in finite detail.

PMDG is a global business with employees and contractors working in Canada, Belgium, Germany, Greece, Russia, South Africa and the United States.