iniBuilds has in their most recent development update shared some information about their roadmap into the close future. In this update published via their forums, iniBuilds mentioned A310 plans, P-40F release and an upcoming A300-600 Freighter study-level add-on for Microsoft Flight Simulator.

The development team has confirmed their work on the Airbus A300. It should release sometime in 2023. In spite of the Airbus A310, this is going to be an independent release from iniBuilds. This A300 rendition is going to include a revamped exterior 3D model. However, iniBuilds didn’t share much information about this aeroplane as of yet.

Alongside the A300-600RF, there is much more to expect from iniBuilds in the upcoming year.

Airbus A300 is a longer and older brother of the Airbus A310, which was recently released by iniBuilds. It offers the same aircraft logic and systems. Its first flight happened on the 28th of October 1972.

iniBuilds looks forward to releasing their rendition of P-40F for Microsoft Flight Simulator in the upcoming week. It is going to be available for approximately €23.21 on release through the iniBuilds store.

The P-40F Warhawk rendition by iniBuilds has to offer an authentic replica of this aeroplane, with even modern features such as an EFB. The development team also accurately recreated the sounds of this aircraft by recording its real functioning counterpart.

There are also going to be seven different liveries available on release as well as accurate fuel systems, utilizing new fuel mechanics in the simulator.

Speaking of fuel, iniBuilds also shared a short post-release roadmap. The development team is looking forward to improving this release right after it is available to the public. The first post-release patch is going to be mainly about bug fixing. However, iniBuilds aims to improve the EFB in this version as well.

The second patch is going to improve the already mentioned fuel systems. This update should also bring systems deterioration modelling. This essentially means that you have to change the oil in the aircraft regularly so it isn’t less effective over time.

Lastly, there is a new update of the A310 within Microsoft Flight Simulator’s beta. Unfortunately, this update is not available for non-beta users. The team however will continue working on the aircraft and improving it.

In the near future, the A310 users should see improvements in nav and taxi lights, better optimisation and revamped sounds. Furthermore, iniBuilds aims to improve in-sim ATC comms and eliminate most of the bugs as possible.

If you would like to read more about the A310, you can read about the release here. 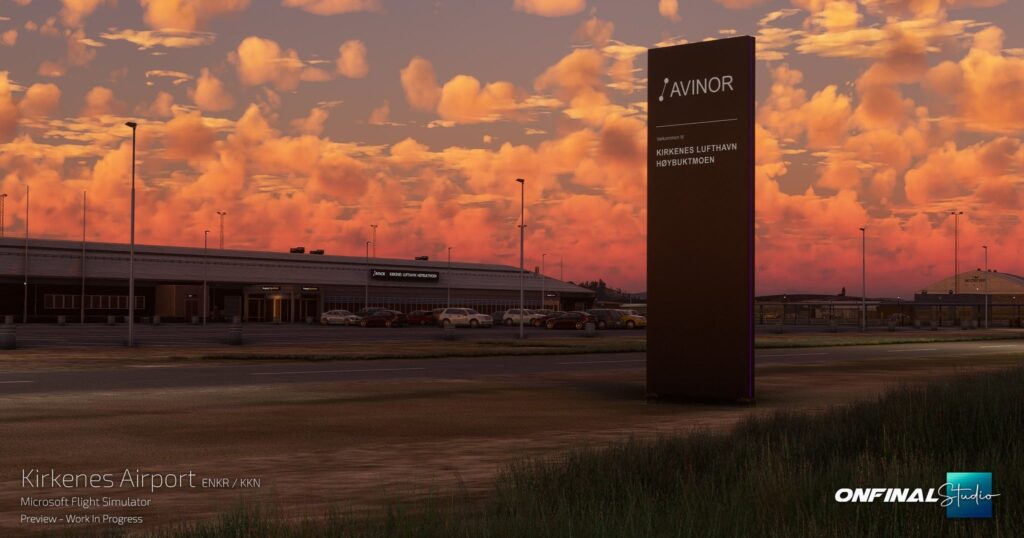 OnFinal Studio has recently taken to their Facebook page to announce their work on Kirkenes Airport for Microsoft Flight Simulator. Kirkenes Airport is a smaller international airport located near Kirkenes city in northeastern Norway. It has 2115 metres long asphalt runway and a small terminal. The airport is operated by Avinor, like almost any other airport in Norway. According to OnFinal Studio’s post, the development is progressing nicely so far. […]