The airport is designed to withstand more than 200 thousand flights per year; it has a runway with a length of 2500 meters.

The studio guarantees quality by utilizing over 3000 photographs in its production. This allows the airport to have open hangars and the interior of some of the buildings, as well as the latest satellite images of the surrounding area. With its incredible lighting infrastructure, GearDown Simulations promises pilots a true-to-life experience whether it’s day or night.

With the opening of São Paulo Catarina Executive Airport, Brazilian executive aviation is entering a new era. São Paulo Catarina Aeroporto Executivo ranks with the best in the world, such as Farnborough and Teterboro Airport. The airport is only a 30-minute drive from Sao Paulo, the country’s largest city and the business centre of Brazil.

You can buy the airport directly from the GearDown Simulations website, at a price of around €18.04. 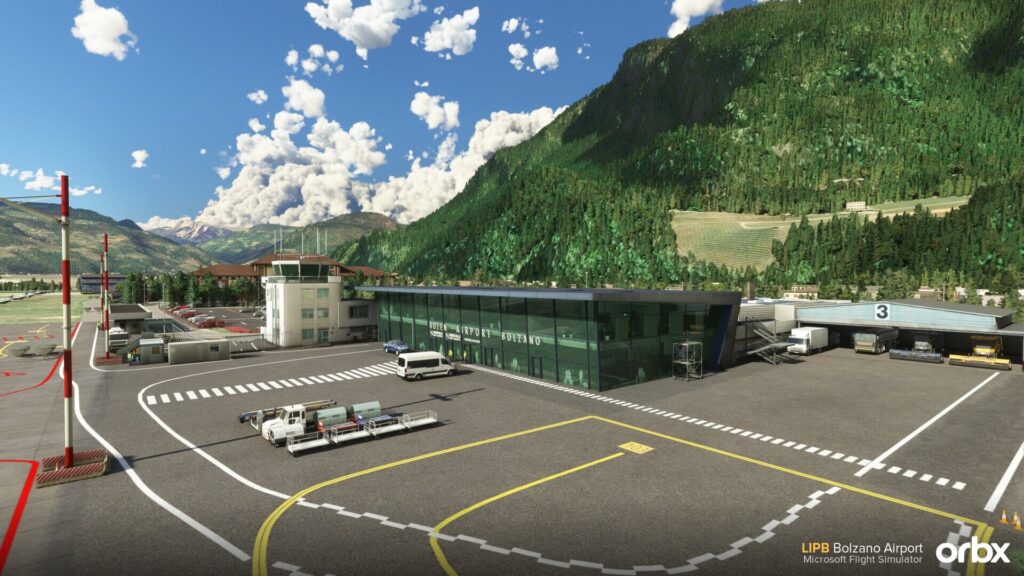 Orbx released one of the most notable airports in Italy, namely Bolzano Airport (LIPB) for MSFS. The airport that was recently announced to be under development is now a reality, with Orbx guaranteeing impeccable quality. This airport, made with extreme care by the Orbx team, is located in the heart of the Italian Alps and has a runway no longer than 1300 meters. It will make the thrill and experience […]