A popular scenery development group, Flightbeam Studios, earlier this week took to their website to share the first set of previews of their much-anticipated scenery of San Francisco International Airport (KSFO) for Microsoft Flight Simulator.

Even though the team has already released the scenery for Prepar3D and FSX in the past, the new Captain’s Edition of the scenery has been built from scratch for Microsoft Flight Simulator to use the full potential of the new platform.

The previews are showcasing the air traffic control tower and the main entrance accompanied by the nearby buildings. All three previews can be viewed below.

Whilst the feature list is yet to be announced, the developers commented that what they develop now could have not been achieved in Prepar3D.

The least we can expect, and is also showcased in the previews, is an up-to-date airport layout, high-resolution textures with great attention to detail, and PBR materials to achieve accurate reflections.

The release date and pricing details are yet to be announced. 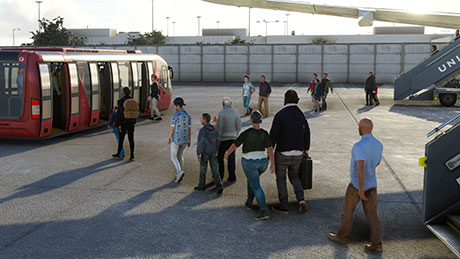