After months of development, we released a large upgrade to our back-end flight tracking engine on Tuesday. Not only did the upgrade include dozens of bug fixes and flight tracking improvements, but we added a massive enhancement for US and Canadian flight tracking — the flight status and radar data is now live with no more five minute delay! Previously, the US/Canada data feed contained a five minute delay in addition to our ~30 second processing time, but now all data is less than a minute delayed from real time. In addition to the general improvement, this yields a lot of additional benefits: 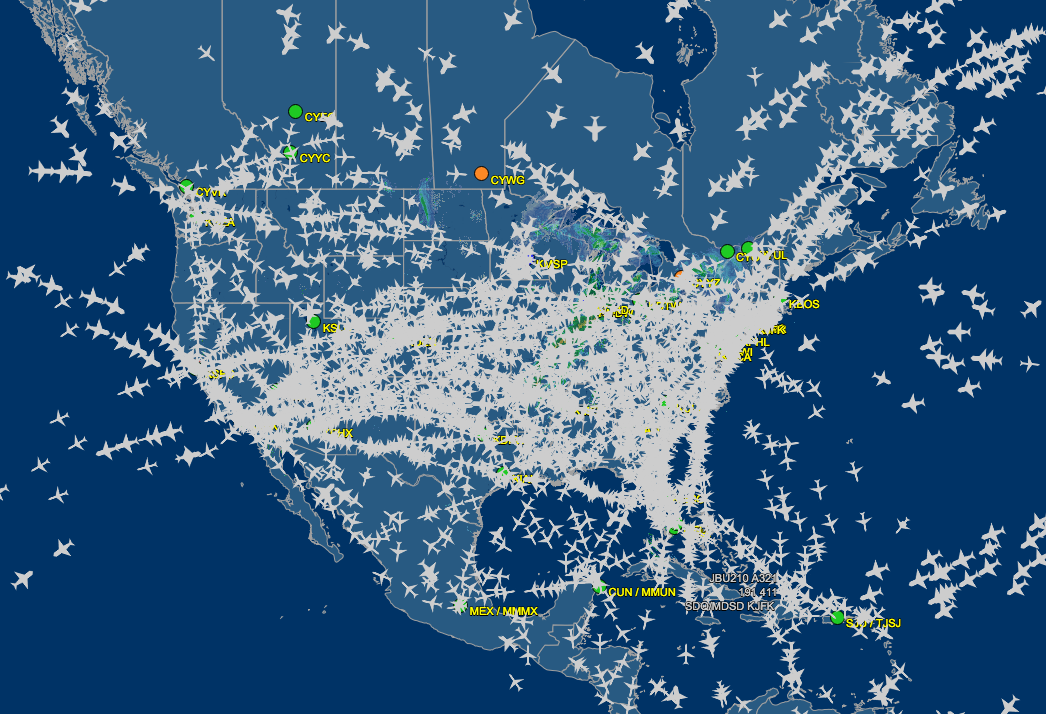