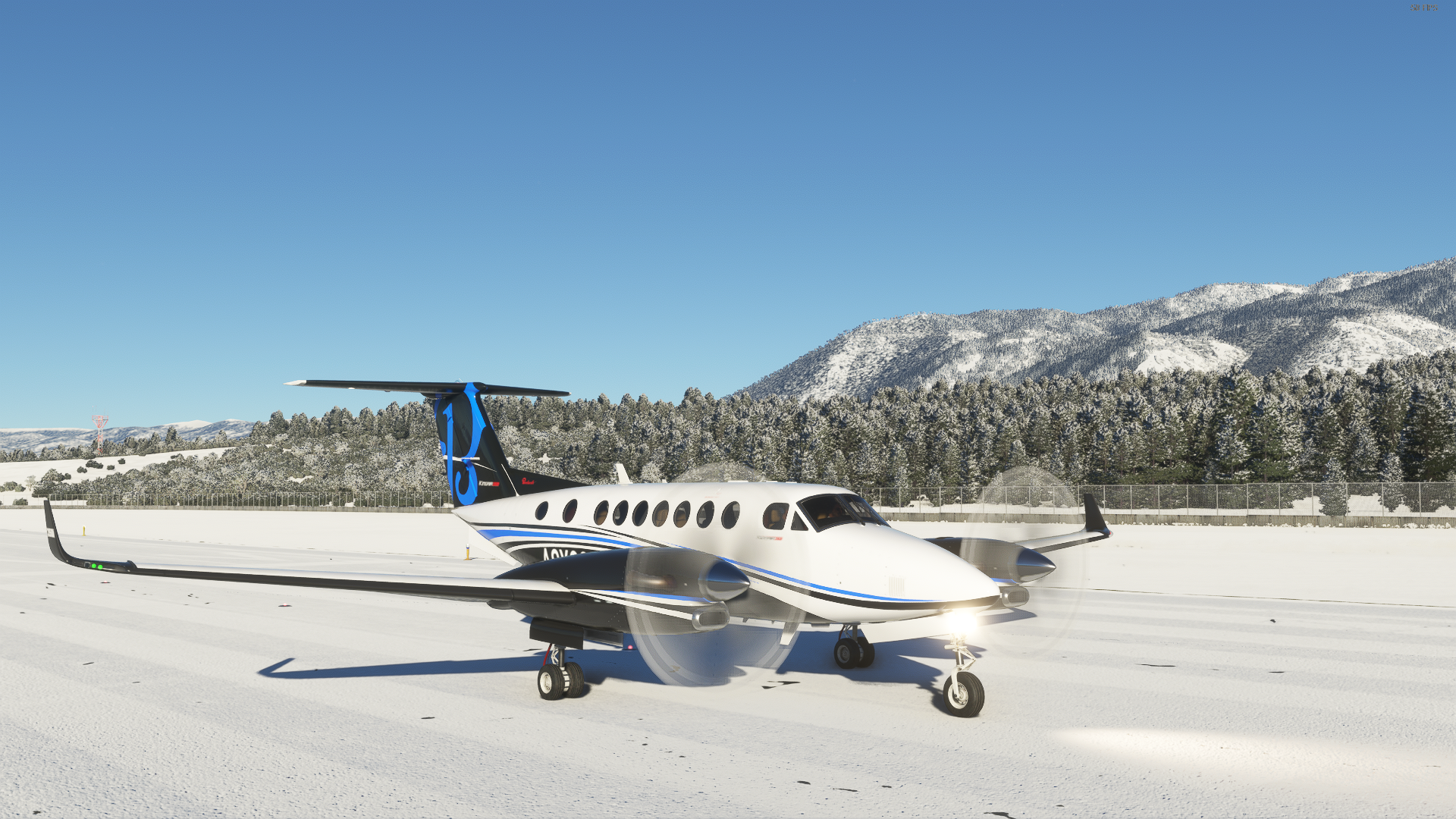 For over 20 years the Beechcraft King Air 350 has always been a staple in the Microsoft Flight Simulator hangar. It’s one of those planes that every aviation enthusiast has had a healthy respect for and rarely a negative comment to be made. However, the King Air was that aircraft in the flight sim hanger where I said to myself, “I should do a flight in that sometime.” But rarely ever followed through. Something flashier and more challenging always seemed to catch my eye. I think part of the problem was the default King Air 350 from past simulators to our current 2020 version just seemed a little too “simple.” It gave you an idea and a taste of what the King Air 350 could do but never let you really feel like you were part of the experience. I kept saying to myself, “Please sir, may I have some more?”. Now the King Air 350i in MSFS2020 is an improvement with its upgraded glass instrument panel and interior textures. But once again, I find it lacking the flash needed to get me into the cockpit and fly the virtual skies.

But there is hope. And that hope comes in the form of Black Square’s Analog King Air add-on for the default King Air 350i. This is a study-level aircraft that really does seem to have it all. Every button, switch, lever, and circuit breaker is clickable and interactive.  It’s like a culture shock compared to the previous default King Airs of the past. And that’s a good thing! 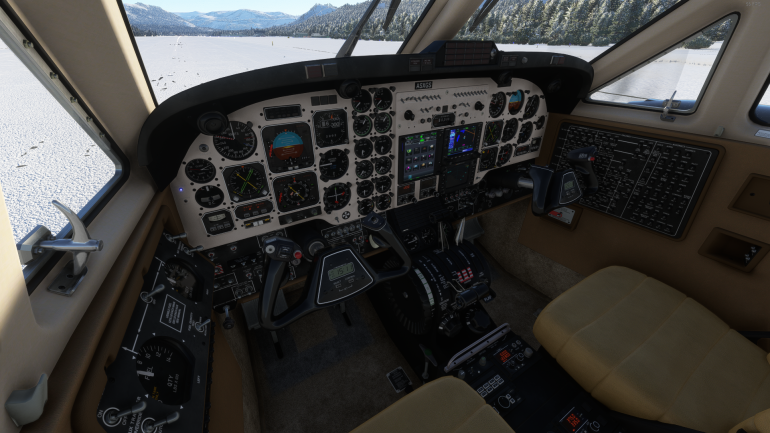 The first thing you notice when you get into the cockpit is that the three iPad sized flight displays have been replaced with analog steam gauges. I for one, absolutely love this. There just seems to be something about steam gauges that make you feel more connected with the plane. You feel more in command, more in control. Digital flight displays make me feel like all of my inputs have to go through a committee before being displayed to me. Are they pretty and cool to look at? Yes. Am I sounding old now? Yes.  But before you assume that this plane is dinosaur from the Reagan era, this aircraft can be configured with the GTN 750 (PMS50 or TDS). The link for this download is included in the provided manual. Just simply extract the “pms50-gtn750″ zip folder into your flight Sim community.  Once in the King Air select one of the toggle switches to the right of yolk of the co-pilots seat. The selected display will pop up on the console and ready for use. 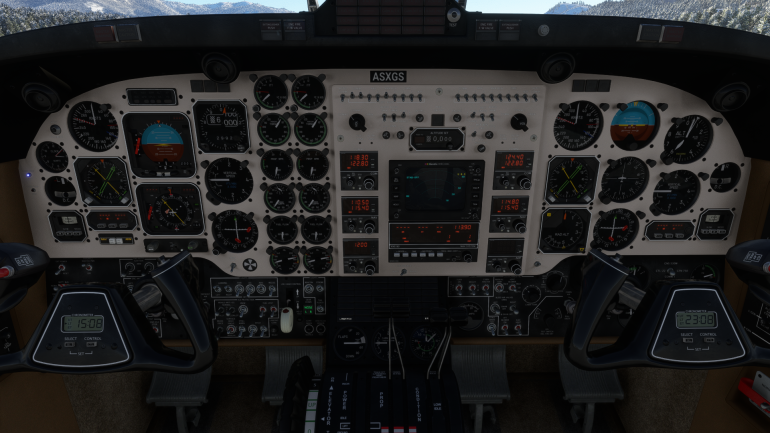 The Bendix RDR1150XL Color Weather Radar works well with the flight sim live weather selected.  It also has other functions such as the ability to select specific failures, global failure rates, engine conditions, and even oxygen refill.  This handy tool informed me that I had just about destroyed my engines because I decided to not go through the provided checklist for proper engine startup. Oops.  But don’t worry, there are options to make to make everything right again. 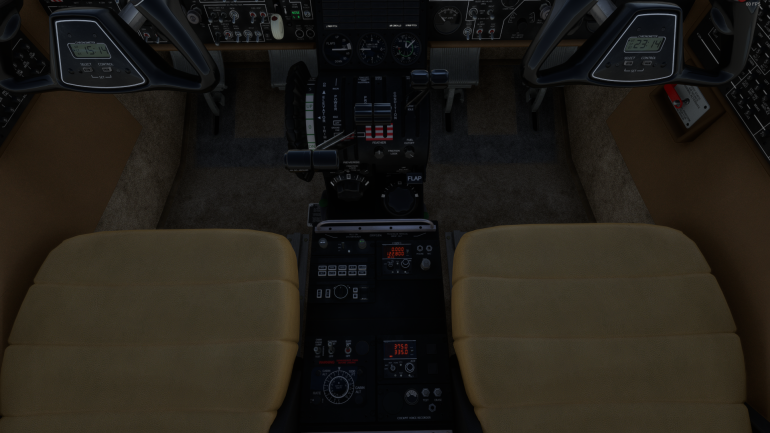 This brings me to the next thing I love about this product. The Realism! This plane can be pretty unforgiving if the proper checklist and procedures are not followed.  Engines will get damaged. Faults will be thrown. A Christmas tree worth of warnings will be constantly reminding you that you’re messing things up and to try again. This plane makes you earn its respect. 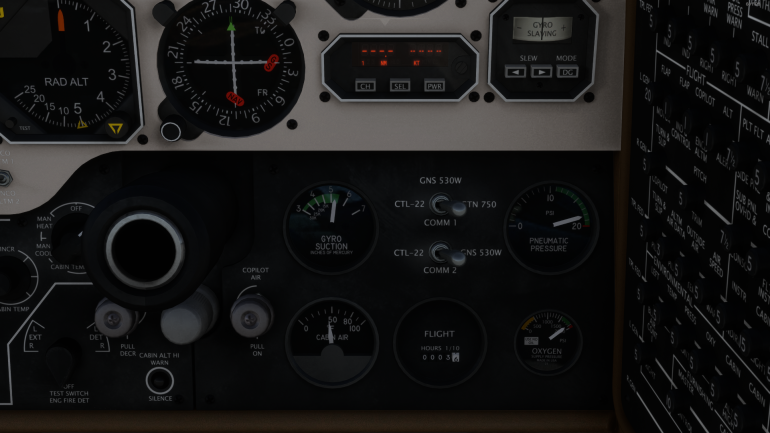 The realism extends beyond the cockpit as well. It’s stated that The Analog King Air features a slightly improved flight model compared to the default King Air 350i with tweaks based on operator feedback online. I’d go a step further and say it greatly improves the flight model. The default King Air of the present and past flight sims was always a little too twitchy.  Like it had one to many cups of coffee before takeoff.  To me this new model feels smoother and more in control with every movement. It really is a nice plane to fly. 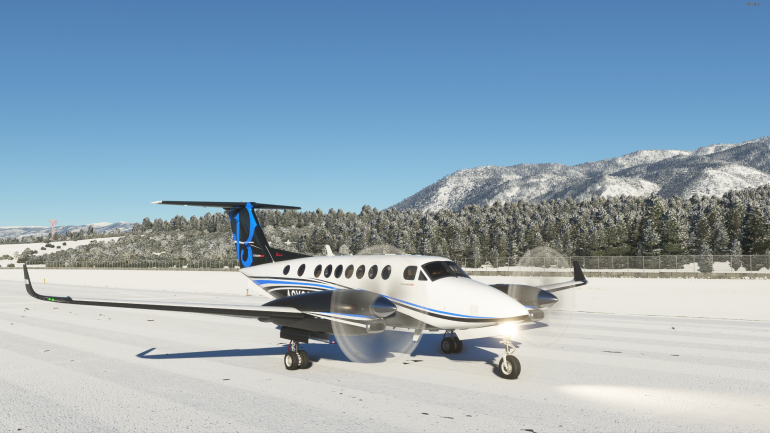 What we have here is an add-on that takes the otherwise boring and forgettable default King Air and turns it up to eleven. It’s become what is demanded of all serious flight simmers. It’s e…. real. Bravo Black Square. Bravo. 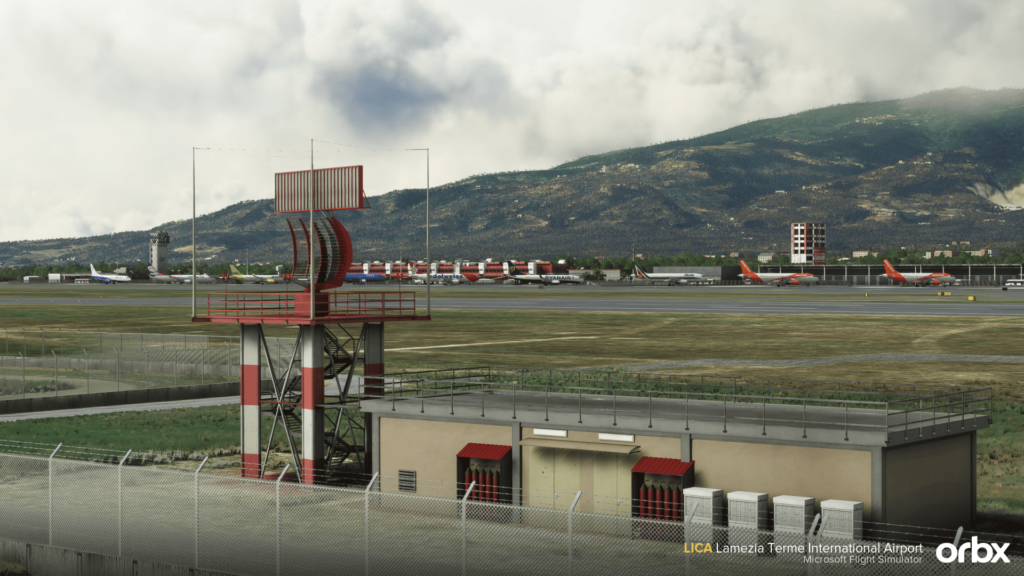 Orbx has today taken to their forums to announce their work on Lamezia Terme for Microsoft Flight Simulator. Lamezia Terme (LICA) is an international airport located in southern Italy. The airport offers a variety of low-cost airline routes namely to other Italian airports, as well as international European routes, especially during summer. Orbx promises to deliver a detailed rendition with up-to-date (October 2022) airport layout and custom static aircraft models […]